The Business Case for Public Green Spaces in our Cities

The story so far:

Our previous article dives into these issues, and explains why they’re important.

This article, on the other hand, will provide proof of the economic value of public green spaces, to counter the perception that they’re a money pit.

Most people will acknowledge that, at the very least, green spaces are pretty and that people like them. But it turns out that their beauty also has quantifiable economic value.

So What Do We Mean by “Green Space”?

We should acknowledge that there is no single universally-accepted definition of what “green space” means, beyond the fact that they are areas of urban land set aside for public use, and generally hold vegetation.

The US Green Building Council defines green space as “land that is partly or completely covered with trees, shrubs, grass or other vegetation. This includes urban parks, trails and community gardens including roof top or vertical gardens. This does not include schoolyards, playgrounds, public seating areas, public plazas or vacant lots.”

Green spaces don’t necessarily have to be large — but the most successful ones tend to be large enough for people to be surrounded by vegetation.

“Because Science”: The Proximate Principle

If you want to skip reading the rest of this article, we can let you know that the impacts of parks on property values are a thoroughly studied and validated phenomenon.

“The proximate principle” was developed by Texas A&M University Distinguished Professor John L. Crompton, who initially looked at approximately 30 studies to determine that the value of properties that border parks increase in value by at least 20%. Nearby properties tend to increase in value by at least 10%. (This was in 2001, and the value of property has exploded since then in most cities.) The reason why the proximate principle works is simply that people are willing to pay more to live beside or near a park.

You can read one of Crompton’s foundational papers here, and there are a dozen or so more papers he has written or co-authored on the topic here that explore how the effect carries through in different situations.

Bear in mind that the 20% growth is just a baseline, however. The return on investment (ROI) percentile can reach into the hundreds or even the thousands, and goes far beyond property values.

There are plenty of examples of parks that have generated impressive ROI — here are just a few.

Formerly a rusting elevated rail line, the High Line is now an innovative green space that stretches almost a mile and a half, connecting the Meatpacking District to Chelsea in Manhattan. The High Line has brought in almost 7 million tourists every year, raised property values and attracted new businesses. While some are concerned about equitable access, planners have learned much since it was built in 2009, and there’s no denying that the park has been a windfall for city coffers. Dozens of other cities are now developing elevated parkways.

Sources: The New York Times (paywalled) via the Huffington Post; the Financial Review; the Globe and Mail. 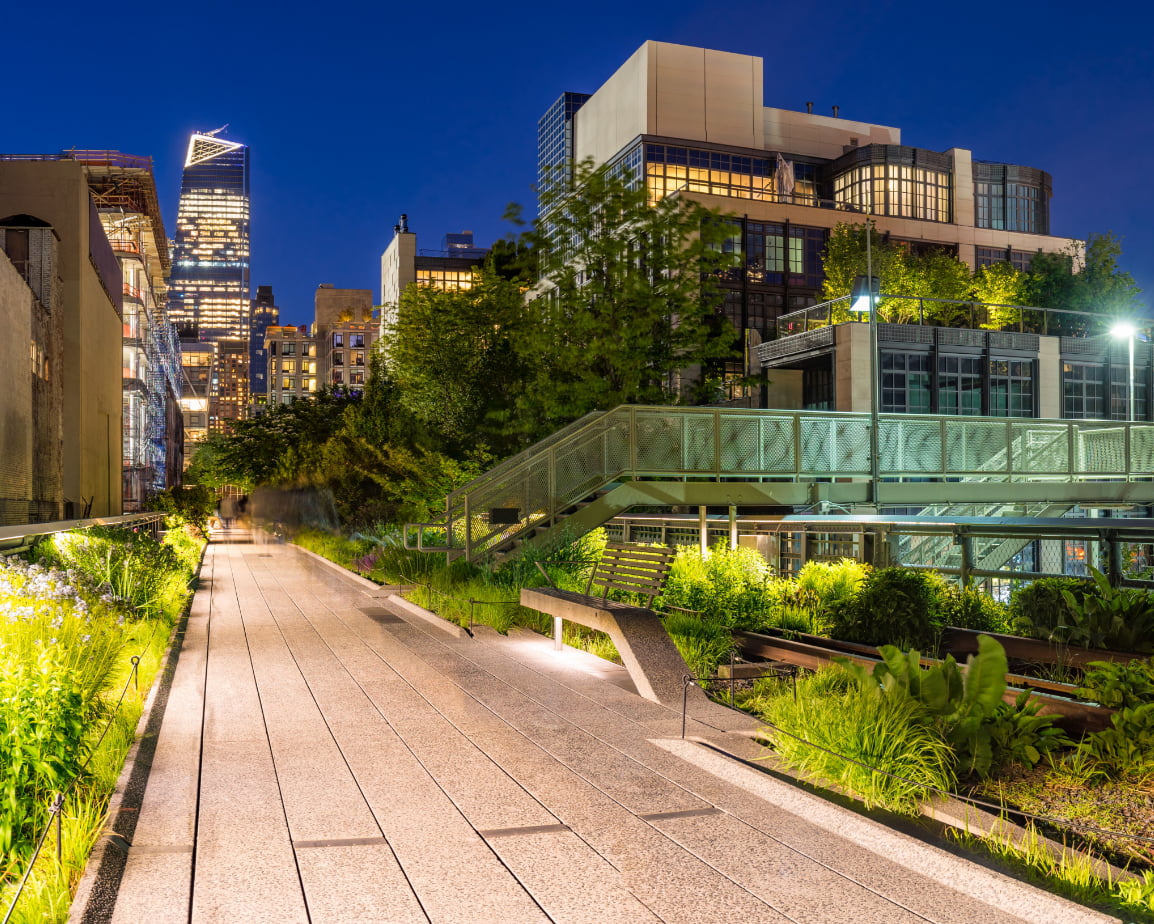 Essentially a massive green roof, Millennium Park is an arts, architecture and parkland space atop two parking garages and a commuter rail line. The centre plays host to all kinds of educational and entertainment programming, and has brought life to a formerly underutilised part of the city. 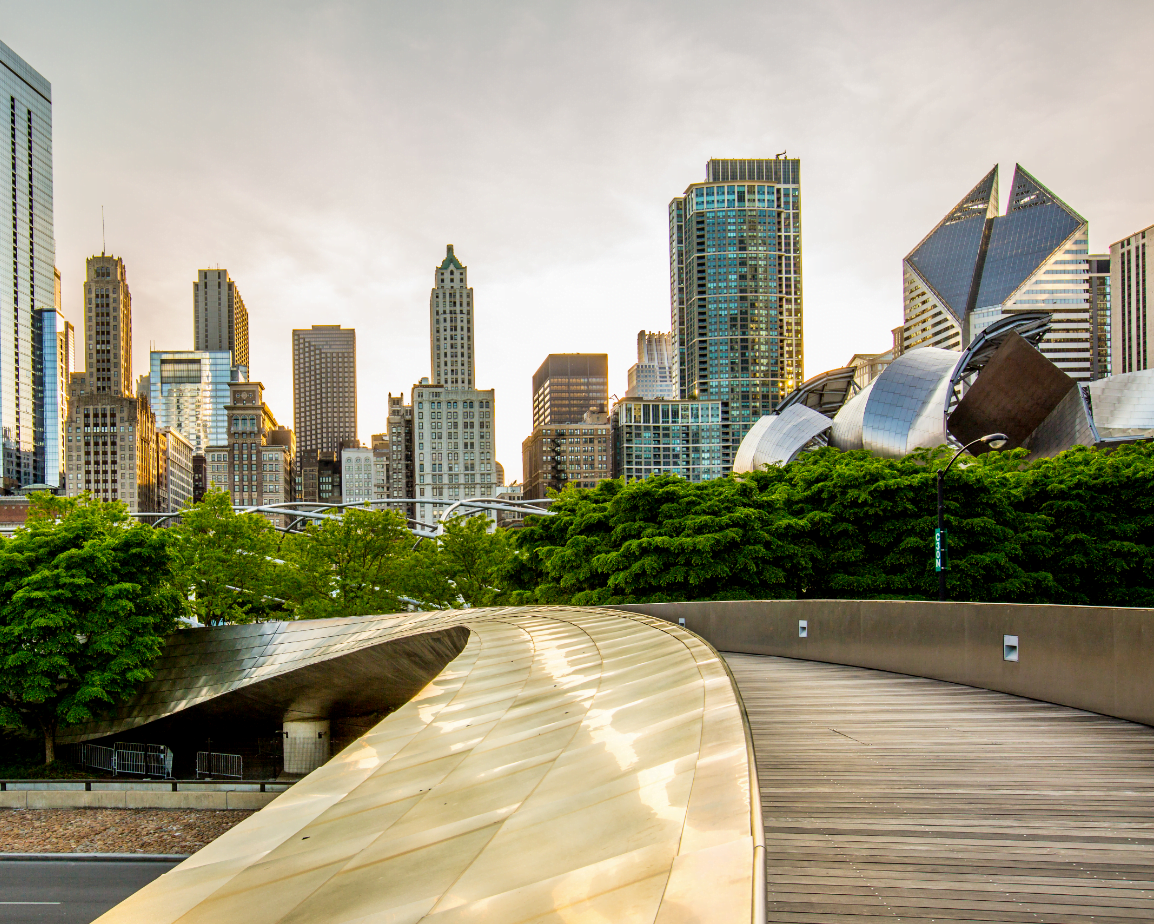 This eight-mile trail is a mixed-use path and linear park that links a number of cultural sites in the city’s downtown core. It’s primarily used by local residents seeking exercise and recreation, but 32% of users reported that they also spent money during these activities. About half of these expenditures were at restaurants, and 48% of these businesses reported an increase in revenues.

Source: Assessment of the Impact of the Indianapolis Cultural Trail report. 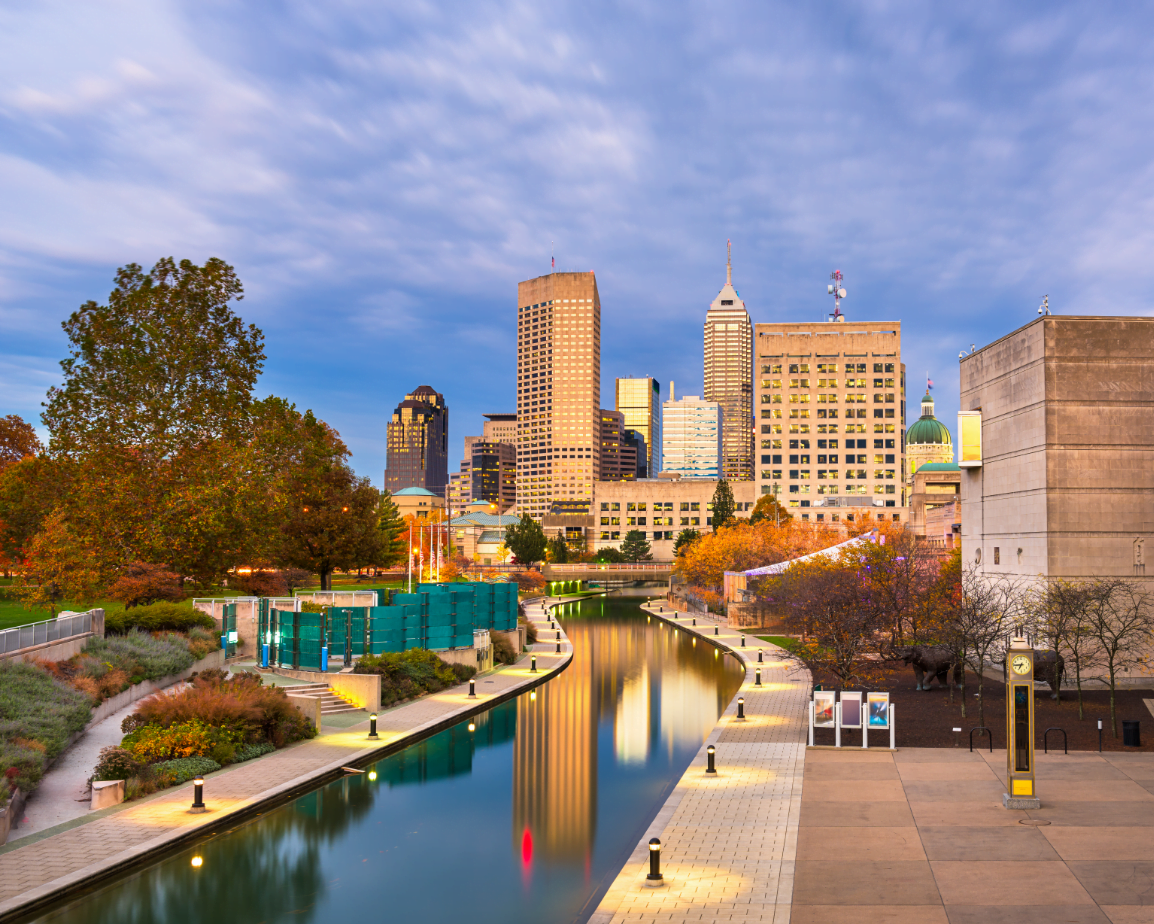 You can read dozens more case studies on the Landscape Performance Series website.

The Dollars and Cents of the “Warm Fuzzies”

Not all public green spaces can be massive investment projects, however. Let’s look at the effects of smaller, more modest parks and address their mental health contribution for local residents.

Public parks really are essential in urban areas, and not just because they’re a “feel good” for “tree huggers”. They are an important lifeline to mental health for those of us who live in cities.

According to the Centre for Addiction and Mental Health (CAMH) 50% of Canadians have (or have had) a mental illness by the age of 40. The CAMH further reports that mental illness costs the Canadian economy $90 billion every year:

Mental illnesses are complex and varied, and we certainly don’t claim they can all be cured by a visit to a park. But what if green spaces could help prevent a small fraction of mental illnesses?

If, just as a thought experiment, we picked a number and said that green spaces could prevent (or at least help mitigate) 3% of mental illnesses, then the resulting benefit to the Canadian economy would be $2.7 billion dollars. If green spaces could reduce only 0.5% of mental illnesses, the impact would be $450 million. The point is to give you a sense of how moving the needle just a small amount can make a big economic difference.

We even have preliminary ideas about how much green space we need: the World Health Organization (WHO) recommends at least 9 m² and ideally 50 m² of green space per individual. It’s important to remember, however, that quality also matters. If green spaces aren’t accessible or if people don’t feel safe using them, the benefits don’t materialise.

Consider, also, that we haven’t touched on the healthcare costs saved because of the physical health improvements resulting from the exercise people get when using parks. 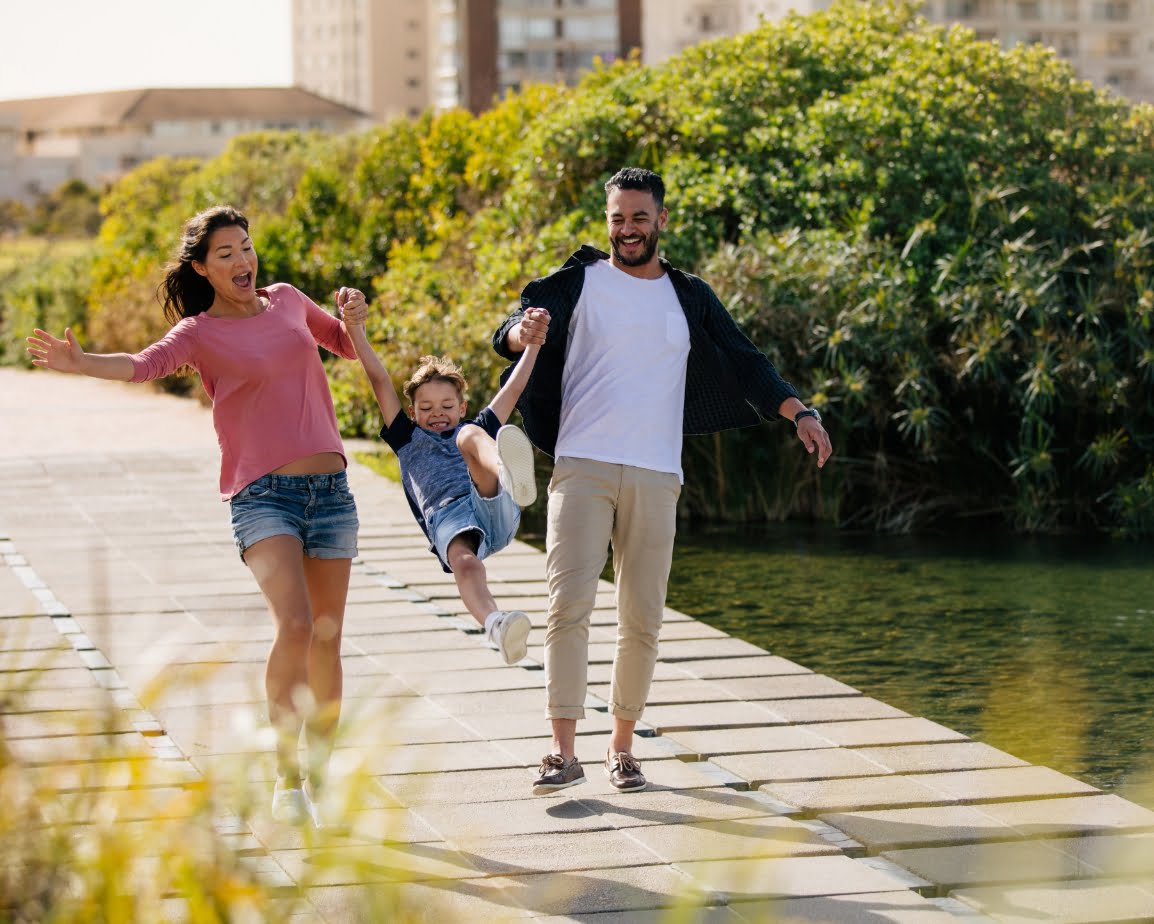 The landscape projects that see the best ROI:

The Landscape Architecture Foundation provides a number of resources, including this performance measurement guidebook, to help.

Even though the long-term economic growth more than covers the costs of building and maintaining parks, it’s hard for many politicians to get past the up-front sticker price in order to achieve very long-term goals. For those who are still worried, there are many innovative ways to reduce these costs:

Greenery More Than Earns Its Keep

Public parks are not white elephants. They more than earn their keep, even if you don’t factor in things like energy savings in the summer from reduced heat island effect, and savings from their role in moderating climate change.

There are a wide variety of environmental and social benefits that we’ve left out of this article so that we can focus on appealing to the self-interest of even the most tight-fisted politicians and individuals. As the data becomes more widely known, hopefully more decision makers will embrace the transformative potential of green spaces for the cities they manage.